Aston Martin back in F1 for good?

Just the name Aston Martin evokes all kinds of emotions and fond memories, whenever thinking about sports cars and motor racing. The 2021 Formula One season will see them back on Grand Prix circuits, aiming to win races and strengthen the iconic brand.

Despite the fact that Aston Martin will be racing in Formula One again in 2021, the team itself is a progression from the Force India and Racing Point F1 teams. Both were owned and led by Lawrence Stroll, a majority shareholder and Executive Chairman of Aston Martin Lagonda.

Having his son racing one of the cars is also no coincidence, with Lance Stroll also having driven for Racing Point in 2019 and 2020. Last season was his best in F1, achieving one pole and two podiums, finishing 11th in the Formula One World Drivers’ Championship.

Perhaps the biggest boost for Aston Martin this year will be the arrival of Sebastian Vettel, who won the World Drivers’ Championship four times with Red Bull Racing between 2010 and 2013. His record stands at 121 podiums and 53 wins from 257 career starts.

Vettel has the task of steering Aston Martin towards the success they crave, although sports betting online odds would suggest they are the fourth-best team, heading into the new season. Mercedes, Red Bull, and Ferrari are regarded as the dominant trio by sportsbooks.

We already know that every time there’s a new James Bond movie hitting cinemas, the fictional super-spy will be getting behind the wheel of an Aston Martin at some point. Such appearances in popular media and culture are what make the British marque so iconic.

Returning to Formula One racing after such a long absence has created huge interest. This is undoubtedly welcome for the Aston Martin brand, given the main priority for the manufacturer itself is to build and sell their luxury sports cars.

Brand exposure is vital for the automotive industry, as new Renault CEO Luca de Meo recently highlighted, when explaining the thought process behind the Alpine F1 Team name that will be used this season. He regards F1 as a media tool, used to promote that particular brand.

Given all the hype and excitement surrounding Aston Martin ahead of the 2021 F1 season, the company itself will be looking to maximize every moment of exposure they get. Regardless of performances and results on the track, the brand itself will still be a big winner. 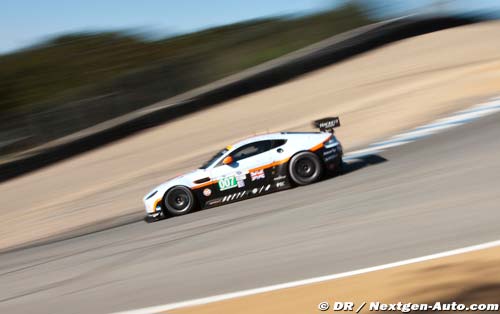 Ever since Lawrence Stroll announced the launch of the Aston Martin Congizant Formula One Team, to use its full name, fans of the most popular motorsport in the world have been chomping at the bit, eager to see the famous green livery back on racing circuits.

Much has been written about Aston Martin returning to F1 after a 60-year absence. However, many forget that with their DBR4 and DBR5 cars, Aston Martin only actually competed in six Grand Prix races, starting just five. The last appearance was at the 1960 British Grand Prix.

He pointed at news from China, with speculation the BYD Auto Company is considering a takeover of Aston Martin Lagonda Global Holdings, which has endured notable financial struggles in recent years. If that happens, promoting their own brand would seem logical.

Whether or not the team will be competing as Aston Martin for one season or many, it’s hard to deny the fact that most F1 fans welcome their long-awaited return. Hopefully, the team will enjoy success and that iconic sports car name will remain associated with F1 for years to come.

Vettel to have ’usual hair’ in Bahrain