A tribute to the 90s Ford Escort

M-Sport has revealed the livery of the Ford Fiesta WRC that will race for the team in 2020. A largely white design carries highlights of blue and green to represent the team’s close partnership with Ford, as well as increased support from Castrol.

The Fiesta won the WRC 8 Livery of the Year title for the third time in a row last year and graphic designer Phil Dixon’s creations are eagerly awaited.

This year’s Fiesta, which will be piloted by Esapekka Lappi, Teemu Suninen and Gus Greensmith, has a modern-retro theme, motivated by print designs from the early-to-mid 1990s.

“My initial inspiration came from François Delecour’s 1995 Ford Escort RS Cosworth. White cars have always been popular and with the increased support from Castrol that colour scheme was spot on,” said Dixon.

“In general, the whole design has a nod to the early-to-mid 90s. The patterns and fashions of the era are really prevalent at the moment, so I was interested to create something in that style whilst still being on-trend and relevant today.” 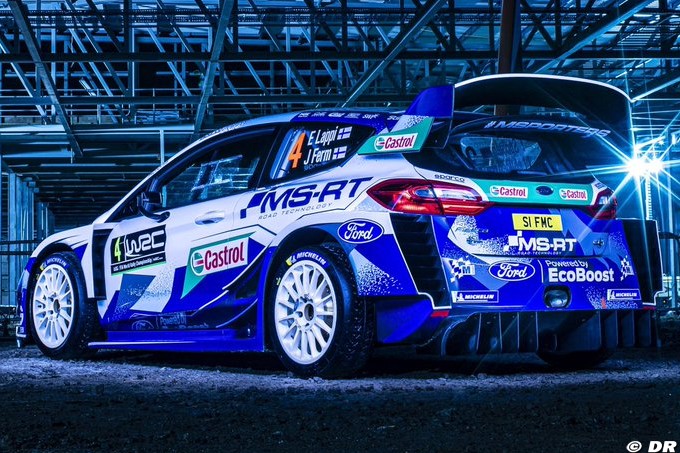