Following a two-year layoff from racing festivities due to the global pandemic, the Grand Prix of Canada (Grand Prix Du Canada 2022) has secured its place on the F1 calendar.

The event is scheduled for June 19th at the Circuit Gilles-Villeneuve. However, teams and their drivers are hoping for less dramatics this time around, after the last time the F1 visited the Montreal circuit ended in controversy.

In 2019, Sebastian Vettel - who was racing under Ferrari’s banner at the time - claimed to have been robbed of his victory when he was handed a penalty. A penalty that ultimately resulted in him losing a first-place finish. The end of the race saw the German removed from the No.1 pole as the race was gifted to Mercedes and Lewis Hamilton.

Canada is one of the four countries returning to the F1 schedule following an unprecedented couple of years under COVID-19 protocols. Japan, Australia, and Singapore are the other returning locations.

After the recent invasion of Ukraine, Russia’s F1 event scheduled for September 25 has been removed. The F1 added that they have no plans on returning to Russia in the future. In a quick replacement, Portugal and Turkey are being eyed up.

Formula 1 is eager to complete twenty-three races in 2022. To battle with the hectic schedule ahead, press conferences and media will take place on Friday mornings, and the programming of a weekend has been reduced to three days.

With Formula 1 being absent from Canadian shores, it’s easy for race fans to forget the pleasantries displayed when Canada hosts a race at the Gilles-Villeneuve.

Overall, the track has often been welcomed by drivers and fans alike. Daniel Ricciardo was asked about the location during a press conference a few years ago: "I love Montreal! In a way, it’s an urban track. The walls are very close, and the curbs can be crossed without too much risk. It’s like racing on an F1-sized go-kart circuit."

With the tracks location sitting on the island of Notre Dame, in the middle of the St. Lawrence River, it’ll be a delight for both spectators and drivers to return this summer.

The track itself is made up of fourteen bends spread across 4.361 km of tarmac, and the cars involved are required to have the agility to handle the first winding sector and the speed to hold on in the last – which is made up of a long straight. 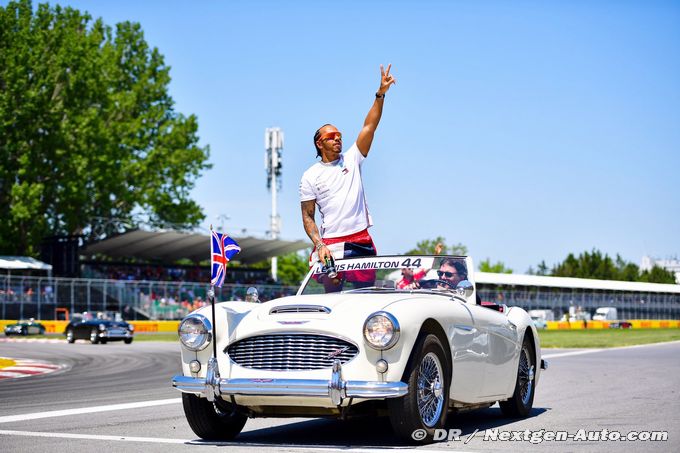 Lewis Hamilton impressively landed himself on the podium despite Mercedes’s struggles in the Grand Prix’s opening weekend in Bahrain. This should position the British legend as a betting favourite with bookmakers at the Canadian Grand Prix - a track he’s all too familiar with.

Some would say that Hamilton is an expert of the Canadian course, and it all began during his debut Formula race in 2007 when he captured a first-place finish. The seven-time world champion has often succeeded on the Gilles Villeneuve circuit, so you should expect Canadian gambling sites to receive a lot of action on him. He’s securing seven victories and six pole positions from the twelve times he’s raced in Canada, so placing a wager on the record-breaking Englishman is justifiable.

In conclusion, gamblers looking for an early prediction and wager on the Canadian Grand Prix 2022 should look no further than Lewis Hamilton.

The promoter of the Grand Prix du Canada, Francois Dumontier, is excited about the return of F1 but also guarantees there won’t be a cancellation this time around.

Canada’s Grand Prix was initially postponed to June of 2020, and the entire event was eventually removed from the schedule on July 24, 2020. Twelve months later, on April 28, 2021, it was again removed from the F1 calendar.

However, the F1 single-seaters are confirmed to run at the Gilles-Villeneuve circuit, and Dumontier is confident this year won’t deliver any hiccups.

"I can confirm it to you; the Grand Prix du Canada will be presented on the scheduled date," said Dumontier without restraint. "The circuit assembly should begin over the next few days, and both the F1 crews and the fans are eager to reconnect with this event."

"Public health, locally, gave us the green light. With the recently announced reliefs, the race can officially take place. We’ve changed the time, and the snow is melting."

Enthusiasm has been sparked for the Canadian Grand Prix, which the F1 has generated. When gazing over the official site, you can witness that most tickets are sold, and the stands are packed.

"We’re not sold out yet," Dumontier commented. "But almost, so much so that we are currently evaluating the possibility of adding seats."

Dumontier anticipates that 30% of the spectators who purchased a ticket in 2020 held onto them.

Regarding driver press conferences and the schedule reduction from four to three days in light of a heavy F1 schedule, those initially needed on Thursday are no longer obliged to work the circuit.

"We, the promoters, discussed it," Dumontier highlighted. "And some do not agree with this approach. It is not yet certain that this day will be sacrificed. For our part, we want to maintain our open house activity, so dear to our public, on Thursdays."

Dumontier could be found at the F1’s opening weekend in Bahrain last week.

"I would have liked to stay there. But I had a lot of work to do in Montreal. I still got to see the new cars up close and realized that they looked a lot less alike than in the past.

"Between a Mercedes and a Ferrari, the differences are significant. I also observed that they seriously evolved between the first days of testing (in Barcelona) and the last three in Bahrain."

Whilst discussing Ferrari, Dumontier was delighted to see they performed well during winter testing.

"This is heartening news. It won’t hurt the popularity of our race. Without disrespecting the other teams, when Ferrari is doing well in general, the F1 World Championship is all the better for it. There are so many fans in the world, including in Montreal."

’No idea’ if McLaren can improve - Norris